This Friday, November 19th, 2021 CST from 5PM to 7PM, there will be a scheduled downtime. We thank you for your patience.

Maximizing the effectiveness for license and purchase of scholarly electronic works.

We foster and support the educational and research missions of its member institutions by coordinating the best possible licensing terms and prices for electronic resources.

The NERL Consortium was formed in 1996 by 12 ARL member institutions for the purposes of collaborating on licensing of electronic content, purchase, and licensing of electronic content consistent with the member libraries’ missions to support higher education and research. Today, the consortium consists of a core group of 30 of the most research intensive institutions in North America as well as 110+ affiliate member institutions.

Vision : A unified force for change in the national and international scholarly communications landscape, NERL will stimulate and incubate innovative and transformation approaches to the global dissemination of knowledge.

Mission: A national leader in negotiated licensing, NERL maximizes effective and sustainable access to content for its member institutions. By building and supporting alliances between higher education and the information industry, NERL serves as an advocate for the collective power and influence of academic libraries and their parent institutions. 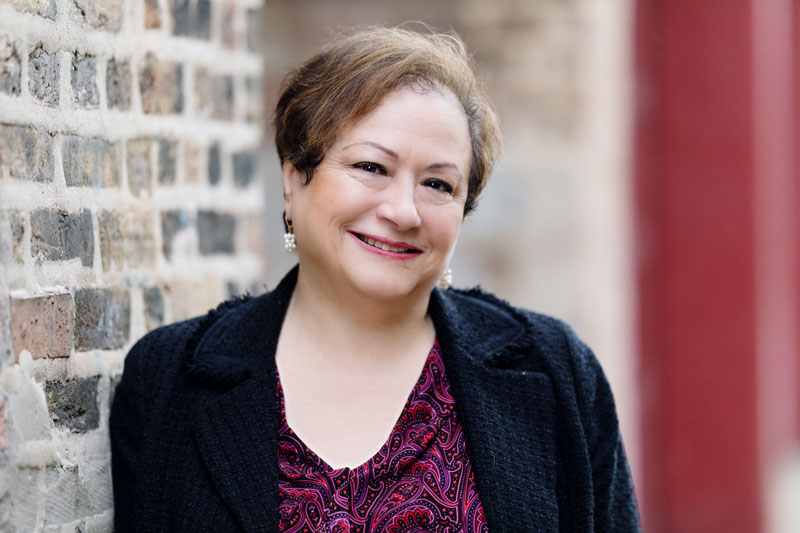 After eight years heading the NERL consortium, director Christine Stamison will retire at the end of this year. Her last day will be Friday, Dec. 31.

“I’ve been incredibly fortunate to spend the final chapter of my career at NERL,” Stamison says. “Being able to work at a place that advances scholarship every day was so meaningful.”

Stamison was appointed NERL director in Sept. 2013, just months after the consortium began operating as a cooperative program under the CRL umbrella. What could have been a time of transition quickly became one of stability and growth under Stamison’s aegis. She dramatically increased member engagement, grew the number of core members from 28 to 30, grew the number of affiliate libraries from 80 to 110, streamlined NERL’s subscription management and renewal processes, and led the consortium in a site redesign and rebranding campaign.

Most of all, Stamison negotiated licensing terms and conditions on behalf of NERL that are now among the most liberal in the library world. She credits her 20 years of experience as a subscription agent for helping cultivate positive relationships with private-sector publishers, even as she drove hard negotiations towards making resources as accessible as possible.

“Electronic resource charges are cost-prohibitive, and someone has to go to bat for libraries. Even in the private sector, that was my favorite part of the job: being an advocate,” Stamison says.

Stamison oversaw a series of crucial open-access negotiations in her final year at NERL, leading to revolutionary partnerships with PLOS, MIT Press’s Direct to Open, and the Directory of Open Access Journals (DOAJ), with more to be announced.

“The licensing terms and conditions Christine negotiated during her directorship embodied CRL and NERL’s shared values of openness, sustainable scholarship, and collective resource sharing,” says CRL president Greg Eow. “She will be missed, but we’re endlessly grateful for her years of unflagging service to NERL.”

The search for Stamison’s successor is ongoing. She is confident that whoever takes the reins will carry on NERL’s momentum in open access initiatives.

“My predecessors did so much to push NERL forward,” she says. “Now, I hope someone with that commitment to open access will continue to push it even further.”

Designed by The Ocean Agency